Friends and Colleagues
The Couses and the Sharps first met in Taos in the early summer of 1906.  A special relationship began to develop between the two families when the Sharps bought property on Kit Carson Road in 1908 and the Couses moved to the adjacent property the following year.  Both artists built large studios which today are the best surviving examples of what studios were like in the early art colony. It is not surprising that the two artists got along well.  They were both good natured, hard-working and prolific, and focused mainly on Native American subjects, although Sharp’s oeuvre was more varied and also included many landscapes and florals.  They both had large collections of Indian artifacts and costumes that decorated their studios and used these in their paintings.  To the uninitiated their work can look similar, but in fact it is quite different both in style and in intent.

The Sharps had no children of their own and were very fond of the Couse’s son, Kibbey, and his wife Lucille.  The Couse grandchildren called the Sharps “Uncle Henry and Aunt Louise,” and Sharp gave each child one of his paintings at its birth. The Sharps had no heirs and wanted their property to go to the younger Couses.  Kibbey began making payments with the understanding that the Sharps would continue to live in their house as long as they were able.  After Sharp died in 1953, the transfer was officially made by Mrs. Sharp. 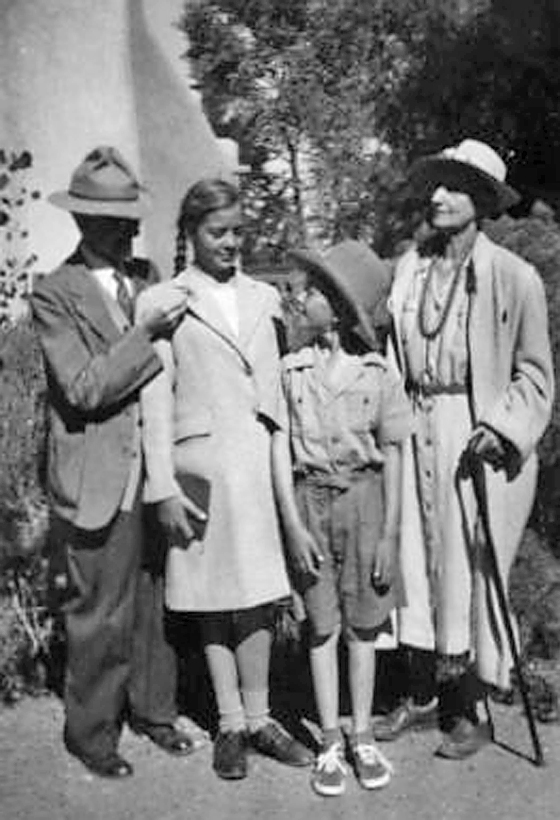