Explore the studios of E. I. Couse and J. H. Sharp, founding members of the Taos Society of Artists. These two painters helped create the cultural fabric of Taos and the West as we know it today.
Visit the Couse home and see how these pioneer painters lived. Stand at Couse’s easel, see the model’s stage and props. All remains as it was 100 years ago.  Witness this unbroken chain of history as it is preserved into the future, with the restoration of Sharp’s 1915 studio and the building of a new archive and research center. Explore the artists' work on the Couse Portfolio and Sharp Portfolio pages. 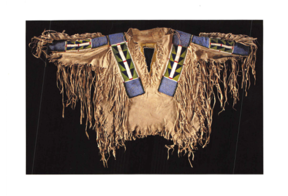